Ahhh… the human brain as many say, is the most complex computer in existence and really that’s true, as evident with the innovations and inventions from past to present. We’ve invented the internet, steam engine, and even as miraculous as wait for it -- BEER! What’s there to not like or admire about it. But you know what else we invented? Foosball!

Yes! We turned the usual soccer game shrank it and put it all in a table. Now, a game of soccer or football is just at the palm of our hands. But wait! There’s more! We’ve thought of another brilliant idea once more. What if the game that we shrank into a table type model we could turn into something life-sized – again!

HUMAN FOOSBALL, like foosball only played by real live humans. Now, as with every game, there are rules, right? Right, so here are the rules and regulations of HUMAN FOOSBALL.

Game is played in two halves usually about 15-20 minutes each. You use a regular soccer ball and the teams change sides during halftime. You have one referee. Ball is given to the opposite team when goal is scored in the mid-field area.

I want to emphasize first that you can have as many people as you want. You can play this game in just about any format you would want to enjoy it with. Maybe it’s you and a bunch of other friends or your community just want to have fun so there could be more of you then.

But as per standard rules as what we are going to discuss in here, the usual team composition is that of 1 goalie, 3 midfielders and 2 forwards. Each team alternating, facing the opposite direction or facing each other.

There will only be 6 players in total for teams. That means there are no substitutes waiting on the wings like any other team game. We will discuss substitutes further later on.

1.HANDS ON THE BAR

2. Players cannot lower their chin under the bar either

3.You must have a foot on the ground at all times

4.Game goes live once referee rolls in the ball

6.You can though use your arms as long as both hands are on the bar to block the ball

This could get a bit tricky so bear with me on this one. A team is penalized every time they commit a foul. And each foul means a free kick. A free kick in the sense that when a foul is committed, a kicker is assigned and everyone else needs to be frozen in their positions and no one is allowed to move until the referee deems that the ball is no longer moving forward. Regardless if it hit someone or not, it could hit a wall, it wouldn’t matter as long as it’s still moving forward everyone should remain frozen. Another instance that everyone can unfreeze is when a goal is scored.

So who kicks the ball then when a foul is committed?

Penalties are also assessed when there is a delay of the game, the ball goes out of bounds or anyone takes their hands off of the bars. So once again, HANDS ON THE BARS!

We mentioned earlier that you don’t have any substitute waiting on the wings for you as compared to the usual team game. Substitution for human foosball is when you decide to switch player positions. Whether you want to transfer to another bar or just switch places within the same bar.

You can call a timeout for substitution when the ball is out of bounds, a goal is scored or the team captain can indicate to the referee of the intention.

Take note that every league or federation or even community would have their own set of rules for human foosball. You know, everyone can get creative and do things based on their own liking. After all, as proven and discussed earlier in this article, humans just can’t help but innovate, create and invent whatever it is that they can think of. Whether it may be out of necessity or just for pure fun.

This one, the human foosball is definitely for fun. But don’t get me wrong there are competitive federations out there that take this one rather seriously. So, if you think that you are up for it then give it a try. There’s no harm in trying and stay cool.

Where to Buy Foosball Table

How to set up a foosball table

How to Practice Foosball by Yourself 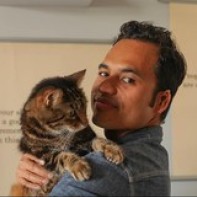 How much is a foosball table: The History of Foosball Table Pricing

Some Of The Best Home Foosball Tables You Need To Know